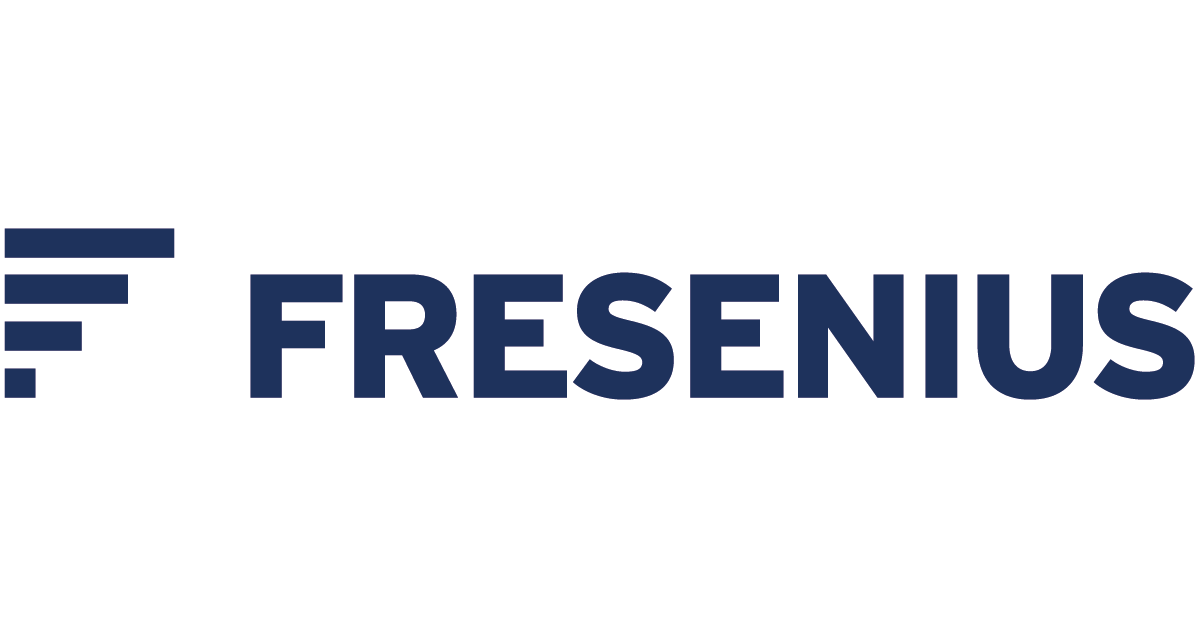 Fresenius is one of the world’s leading healthcare companies and has a network of over 500 subsidiaries located around the globe. Two-thirds of its annual revenues of more than EUR 33 billion are generated outside of Europe, which is why there is a need for transparency in terms of FX exposures. Fresenius relies on the treasury software TIP, which is seamlessly integrated with the group’s other treasury systems, in order to constantly monitor and systematically manage these risks.

The system landscape of Fresenius is based on two key pillars: SAP is the leading treasury management system, with TIP being deployed to handle the group’s financial status, cash flow forecasting, risk management, guarantees and reporting. Dirk Schreiber, Head of Group Treasury at Fresenius SE & Co. KGaA: “The combination of SAP and TIP is optimal for us: SAP, as the tried-and-tested solution for account clearing, in-house banking and position management; and TIP, as a flexible and easy-to-use analysis and reporting tool for financial status, forecasting and financial risk management.”

In order for TIP to be able to access all of the necessary data without the need for manual interfaces, it is seamlessly integrated into Fresenius’ system landscape: the financial positions managed in SAP are fully automatically imported and captured every day, as well as the FX and interest rate derivatives, as soon as trades are concluded in 360T. The balances of more than 1,500 of the group’s bank accounts are imported via an interface from the payment factory solution TIS, which is also integrated into SAP. The outcome: Both the financial status, as the basis for group-wide, currency-differentiated, cash flow forecasting, as well as all of the ingredients for the management of FX exposures and risk calculations are all on hand in TIP.

Treasury system landscape: Fully automatic data imports into TIP as the basis for financial status, forecasting, risk calculations and bank fee analysis, plus all of the associated reports

From exposure to risk with ‘cash flow at risk’

Which currency are the largest unhedged positions denominated in? Are the current hedging ratios within the defined ranges? In order to answer these questions, all it takes is a click in TIP’s hedge status report, which provides an overview of the gross exposure associated with positions and forecast cash flows in non-functional currencies, displayed by currency pair and subsidiary. It is just as easy and fast for the treasurers at Fresenius to analyse the net exposure based on a comparison of existing hedges in each currency pair. 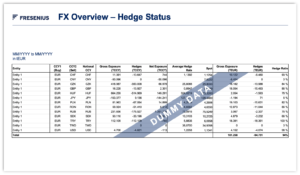 Analysis of FX exposure in TIP: Currency pairs, hedging rates and hedging ratios all available at a glance.

The question, however, is which risks arise from the unhedged portion of the FX portfolio? How significant would the FX loss be which is unlikely to be exceeded and what would the worst case look like? To get reliable answers to these questions, Fresenius has decided to adopt cash flow at risk (CFaR) as a risk parameter. “Using CFaR as a risk parameter has the advantage of presenting the exposure in euros and is therefore easy to communicate. Relative to our free cash flow, CFaR highlights the level of the calculated risk in relation to our risk-bearing capacity,” Schreiber explains. “Cash flows which arise at various times in the future are also not exposed to risk for the same time periods. Although this can have a significant impact on the level of risk calculated, this is not taken into account in other risk calculation approaches, such as value at risk (VaR).

CFaR as the key to maturity-matched risks: Taking the maturity of cash flows and positions into account

Another key aspect: CFaR is not only presented as a total for each subsidiary, region or corporate division, but also by currency pair as so-called incremental CFaR. This enables Group Treasury at Fresenius to identify which exposures contribute most to overall risk. Combined with the option of including simulated hedges into risk calculations, Fresenius can use TIP to assess the impact of various hedging variants and hedging ratios in advance and to optimise its hedging strategy.

In terms of the methodology, the CFaR calculation is based on a Monte Carlo Simulation with 10,000 simulation runs. Volatilities and correlations are calculated on the basis of exchange rate developments in the past 50 months and the use of geometric returns which ensure that recent exchange rate fluctuations are more heavily weighted in the calculation of volatilities than those further in the past. The time it takes for TIP to perform all this number crunching is a maximum of 45 minutes; with the previous system requiring several hours for this. At the end of the day, this was all summarised as follows in the group’s management report:

“As of December 31, 2018, the Fresenius Group’s cash flow at risk was €66 million. Hence, with a probability of 95%, a potential loss in relation to the forecast foreign exchange cash flows of the next 12 months will not be higher than €66 million.”

The corporate structure of Fresenius makes it necessary to also perform analyses at the level of its four divisions. That is why its risk reporting provides executive summaries as well as detailed analyses both at the group level as well as at the divisional level, with it also being possible to break the divisions down into regions. CFaR at Fresenius is based on a confidence interval of 95%. However, what would happen if rates were to vary more than anticipated? In the literature, such events are referred to as black swans, and even these relatively improbable scenarios are also systematically analysed at Fresenius. “TIP relies on the market data history of the most significant volatilities in any year dating back to the year 2000 and uses these values as the worst case in its stress scenario. This period also includes the years of the Financial Crisis, 2008 and 2009, during which there were extreme rate changes,” Schreiber adds. 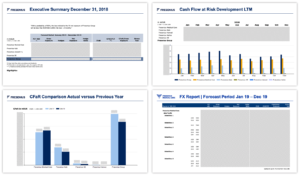 In the meantime, TIP has become far more than just a cash flow forecasting and risk analysis tool: “We use the system and the data imported from upstream systems on a daily basis to monitor the utilisation of our credit lines, to manage our guarantees, and to analyse the allocation of business to our banking partners,” Schreiber explains. 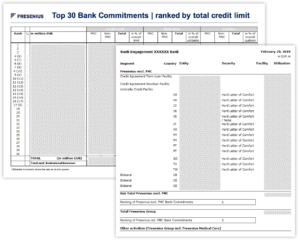 Bank landscape at a glance: Allocation of banking business and credit line monitoring

The next project phase involves the fully automated analysis of bank fees. The data provided by banks in the formats camt.086, TWIST or Excel are imported into TIP and then processed using a partially automated workflow. This allows Fresenius to rapidly identify deviations from agreed fees and to ensure that claims for refunds are managed transparently. This module is currently being piloted with the first groups of banks and the plan is then to roll it out further. Another milestone was recently agreed on: After an in-depth cost/benefit analysis, Fresenius decided to host TIP at TIPCO’s data centre.

With every new module and feature, TIP is increasingly becoming the treasury cockpit of Fresenius.

Fresenius is a global healthcare group offering high-quality products and services for dialysis, hospitals, and outpatient treatment. With over 275,000 employees in more than 100 countries around the globe, and annual sales exceeding 30 billion euros, Fresenius is one of the world’s leading healthcare companies.